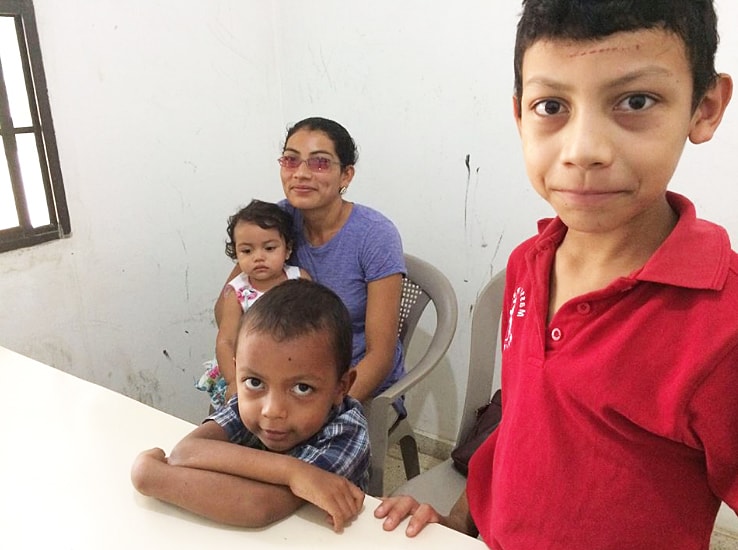 HTSF-Canada develops the expertise of many disciplines.

Our integrative health approach helps to channel all this knowledge in order to optimize the impact on strengthening the health, wellbeing and comfort of populations. Our current partners make our work possible and we hope to reach out to other partners as we continue to grow and develop.

Integrative from an educational point of view by training community representatives (professionals and non-professionals), and particularly women, in order to develop the capacity of communities to take charge of their own primary health care for their populations.

Integrative also in the sense of integrating homeopathic health care into the heart of the communities in order to promote positive adaptations of the populations to their environment. Hence the emphasis is placed above all on developing positive proactive pathways for prevention by strengthening health predispositions to reduce susceptibility to the epigenetic and risk factors for disease (especially chronic) inherent in the environment specific to each community.

HTSF became active in Honduras after the 1998 hurricane MITCH addressing the dire needs of the population with homeopathy as a tool. While protocols were developed to address acute diseases in the population, and to mitigate the impact of endemic infectious diseases, a long-term vision with sustainable development at its core was developed. Like the 4 leaves of a clover, the work connects to four overarching principles and objectives:

The work in Honduras since the start in 1998 wouldn’t have been possible without the numerous organizations that have been involved for shorter or longer periods of time. The Sisters of the Holy Rosary (Las Hermanas del santo rosario), their Québec motherhouse and related priests were the ones who called on Martine Jourde to help the dire needs of the population with homeopathy as a tool. After 2007 and the founding of HTSF, many missions took place in Honduras continuing to build on the Clover Project.

Through work with the partners various needs were brought forward and determined the focus of the work in Honduras over the years. One example is Chagas disease, a parasitic disease that doesn’t have any Western medical solution. The disease disables the person often at a young age with heart and abdominal problems that prevents them from being a productive participant in the community. Since 2007, HTSF has been following people with the disease and has had successes with homeopathic protocols.

Between 2015 and 2019, seven dispensaries were put in as many communities and in each case strong community leaders were trained to use the homeopathy. The autonomy of the dispensaries and their Honduran volunteers has made them into true partners of HTSF. Despite the bureaucracy and other administrative obstacles including Covid lockdowns, these Honduran partners managed to establish an official organization by 2021: AHDAHYMI (Asociación Hondureña de Amigos de la Homeopatía y Medicina Integrativa – Association of friends of homeopathy and integrative medicine in Honduras), based on the network of collaborators and dispensaries that were built during the past 7 years of collaboration with HTSF.

HTSF-Canada had partnered with Schmidt-Nagel Canada in order to develop and manufacture the HTSF remedy line in collaboration with Martine Jourde. This successful partnership continues today and is one of the main revenue streams to support the work that HTSF-Canada is doing with missions, training and continued research and development.

The Montreal Institute of Classical Homeopathy (MICH) belongs to a worldwide movement of integral approaches to the challenges facing humanity. MICH’s internationally recognized and accredited program trains health professionals to meet those challenges through the practice of homeopathic medicine within a holistic framework.

MICH began collaborating with HTSF in 2014 to help support the clinic in Honduras through donations as well as going on missions in person to experience first-line health care in a clinical setting. MICH graduates and interns use this opportunity to train mothers to treat their children safely, inexpensively and ecologically with homeopathy; to help stop the spread of epidemics; to help individuals with acute disease; and to help populations heal both psychological and physical wounds.

The Ontario Homeopathic Medical Association (OHMA) is an organization that represents a well educated, provincially regulated professional body of homeopathic practitioners who are passionate about elevating the health of their community and of who provide safe, effective and professional healthcare to the public.

Homéopathes de Terre Sans Frontières (HTSF) established a connection with Ontario Homeopaths in 2011 – 2012 with the help of the Syndicat Professionnel des Homeopathes du Québec (SPHQ). SPHQ was part of an association partnership that was in charge of running the Canadian Homeopathic Conference (CHConference). The CHConference continued to invite and promote HTSF and Martine Jourde through keynote speaking and professional / public training opportunities.

Through the years the Quebec and Ontario homeopaths have continued to build strong relationships. The Ontario Homeopathic Medical Association (OHMA) (2018) and Homéopathes Thérapeutes Sans Frontières (HTSF) (2019) have recently made changes to their organizations, but continue collaboration through partnerships, including HTSF-Canada professional training to OHMA members, public training initiatives and North Ontario Mission planning.

Le Syndicat professionnel des homéopathes du Québec (Professional association of Québec)  was created in 1989. The SPHQ is a non-profit organization that brings together professional homeopaths in Quebec. The members of the SPHQ offer the Quebec population a health alternative that meets high quality standards, both in terms of practice and training. The SPHQ has rules and regulations, a code of ethics, training standards and a professional oversight committee and ensures the protection of the population as well as the promotion and entrenchment of homeopathy in Quebec.

GIVE US A HAND

Support us and help promote homeopathy for communities!